A research fellow at UiA has developed an artificial intelligence programme to mitigate fake news.

“The goal of this research project is to find out how artificial intelligence can mitigate misinformation on the internet”, Ahmed Abouzeid says.

Abouzeid is a PhD research fellow at the University of Agder (UiA). He works at UiA’s Centre for Artificial Intelligence Research (CAIR) and the Centre for Integrated Emergency Management (CIEM).

His new study has been accepted at the AAAI22  conference in March 2022. The approval letter states that the paper represents a new take on a problem that has been considered by artificial intelligence researchers before. 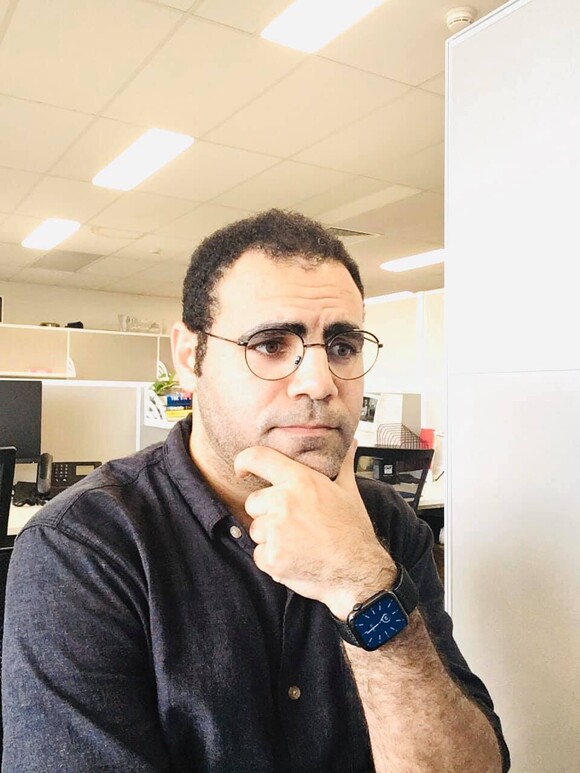 Ahmed Abouzeid is a research fellow at UiA who has developed an artificial intelligence programme to mitigate fake news.

The new take on mitigating fake news with artificial intelligence is a mixture of traditional algorithms and the Tsetlin Machine. The latter has evolved from the work by Professor Ole-Christoffer Granmo at UiA and CAIR.

“This is a research area in rapid development. The greatest challenge is how to make algorithms work as planned in extremely large networks on the internet”, Abouzeid says.

For his study, he collected datasets of tweets that were available on the internet during the presidential race between Donald Trump and Hilary Clinton, before Trump became president in the US in 2016.

Collaboration in the future

“This is an open research area, and more research and new papers are needed for further development on intervention-based misinformation mitigation. Moreover, misinformation is strongly connected with political polarization and other challenges”, Abouzeid says.

In his opinion, a stronger collaboration with the social sciences and philosophy followed by multidisciplinary conferences is important to develop this kind of research in the future.

“The social network platforms themselves will be the ones who are responsible for triggering the technology to mitigate the fake content circulating on their networks. But in order to that they must allow the algorithm to intervene and spread the opposite of false information on their platforms”, he says.